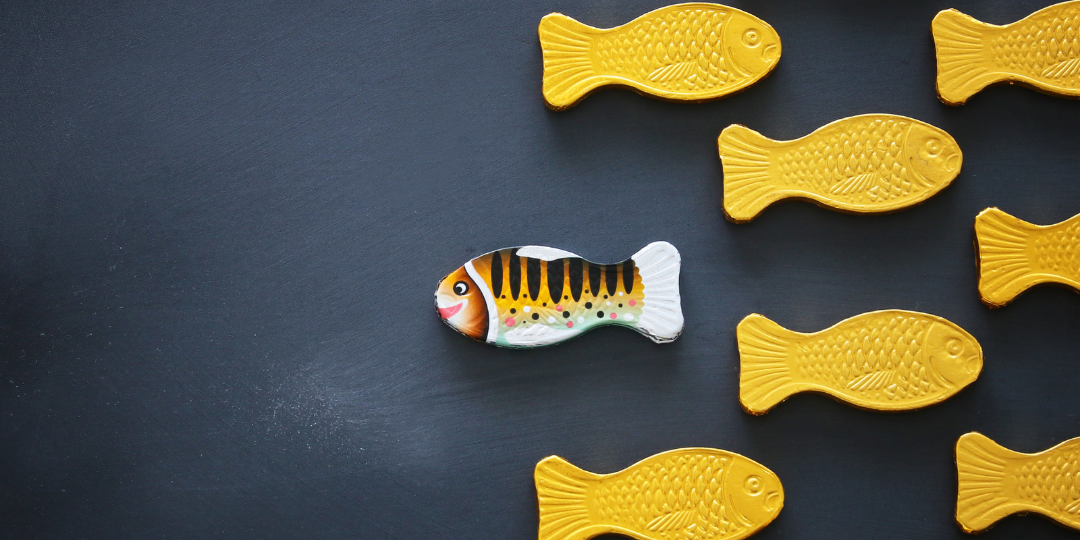 It’s a voice-only social media platform that’s set to be ‘the next big thing’ as far as all things social media go. The best way to sum it up is as a live podcast, but you can actually raise your hand and ask questions and participate in some way. However, before you jump on and think I fancy giving that a go, there are a few things you should know….

While it’s in it’s ‘private beta phase’ clubhouse is only available to iPhone users. It’s a great marketing and definitely fuels the feeling of exclusivity, but you need an apple device in order to even download the app. So immediately it’s not inclusive. That’s quite a big flaw for the ‘next big’ social media platform. I’ve even heard of people buying an iPhone just so they can get on there – crazy!

It’s invite-only. Remember waiting to be picked for the rounders team in P.E at school? This is basically the same process. Each new member is allowed to invite one other person. If you don’t have an invite, you can register interest in joining their Beta version on their website. 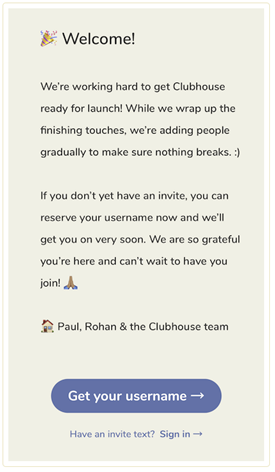 However, what I’m seeing both in groups and paid memberships I’m in are link trees. Queue endless coaches telling you it’s THE place to be, and come and hop on to hear me tell you how you can make millions! I have had one coach email out a link tree to get ‘her people’ in. Yuk! But it all builds on the exclusivity, and the popularity contest to get in.

My understanding is there are pretty much two camps – business and celebs/influencers.

As I mentioned already, there are plenty of coaches/entrepreneurs offering to talk to you about how they made their millions. Like with anything, do your due diligence. There are genuine success stories being shared on there but look at how often they’re on there. If they’re spending a significate part of their day chatting about how successful they are on Clubhouse, then be realistic about the reality they’re portraying.

If you love all those glossy celeb magazines, then there’s a good chance you could end up in a room listening to or even interacting with them. Personally, that’s not my thing, but I totally get the appeal if it’s yours.

4 – It’s not necessarily going to grow your business

Everything is live and nothing can be recorded. It’s great if there are people you want to hang out with and listen to, but if you’re going to start speaking, you need a following first. Clubhouse isn’t necessarily the place to go to grow your audience. You may pick up some Insta likes or followers off the back of a session in Clubhouse but don’t use it for that purpose.

There are much better arenas where you can record, or your live can be rewatched and content re-purposed. Weigh up if the time spent in Clubhouse is really worthwhile compared to marketing or networking elsewhere. I’m not saying don’t enjoy it, but I wouldn’t recommend using ‘audience growing for my business’ as a reason (or excuse!) to go and hang out there.

There is no denying that ‘vocal’ media is definitely on the rise. Podcasts were massive last year, I have my own favourites, and they’re great to listen, learn or relax while doing other things (I love listening on the dog walk).

Clubhouse could be that next big thing, but for me, while it excludes over 54% of smartphone users, it’s not it. I love the idea that it actually removes the media, and focuses on the social aspect of social media. It has a lot of potentials, but I don’t like the cliquey club feel it currently has.

Never say never, but until it’s inclusive and a little less superficial, I won’t be drawn in.

Any cookies that may not be particularly necessary for the website to function and is used specifically to collect user personal data via analytics, ads, other embedded contents are termed as non-necessary cookies. It is mandatory to procure user consent prior to running these cookies on your website.